Our founding fathers rejected in word if not deed the notions of title and birthright. But they have substituted in its place race and gender maintained by wealth and property. All hierarchy, and especially military hierarchy, exists so that the privileged can maintain and exploit their servants.

This situation is repugnant to the idealist. I know as I am one. But it remains a fact of history we cannot escape. We might choose alternative explanations for everyday injustice but injustice is stable in our culture and most other cultures because the privileged have the means to maintain the distinction.

The uniformed enlisted wield the force we allow them to maintain the privilege we enjoy. Kent State was a defining moment in my college days. I felt I was on the side attacked, an anti-war sympathizer if not an active protester. That war was out of fear of dominos falling to communism. Kids were shot to protect us, some of us, the privileged, from a "dangerous" idea.

Our militarized police have joined the class war with patriotic duty even as they are servants of the privileged just like any other soldier. This makes them momentary top-dogs among the losers.

If there is so much wealth in the world that every soul can aspire for a better life then the class structure can fade from view. Consumerism has given that to post war Americans until the extravagant consumption of industry has shown the limits of growth.

The engineering mind of Bucky Fuller worked out that there is enough to go around if we consume wisely. Dymaxion everything. I like to think he is right, or at least was once right. But six months of house arrest by smoke and virus, the consequences of carbon fuel and habitat loss, has me drifting into darker moods.

"How dare you?" Greta asks. Quiet applause, no answer.

See Capitalism vs Democracy for a historical look at the real politics in the post industrial world.

Protester/terrorists storm the capital to disrupt the elector count and take selfies with the capital police who offer no resistance. twitter 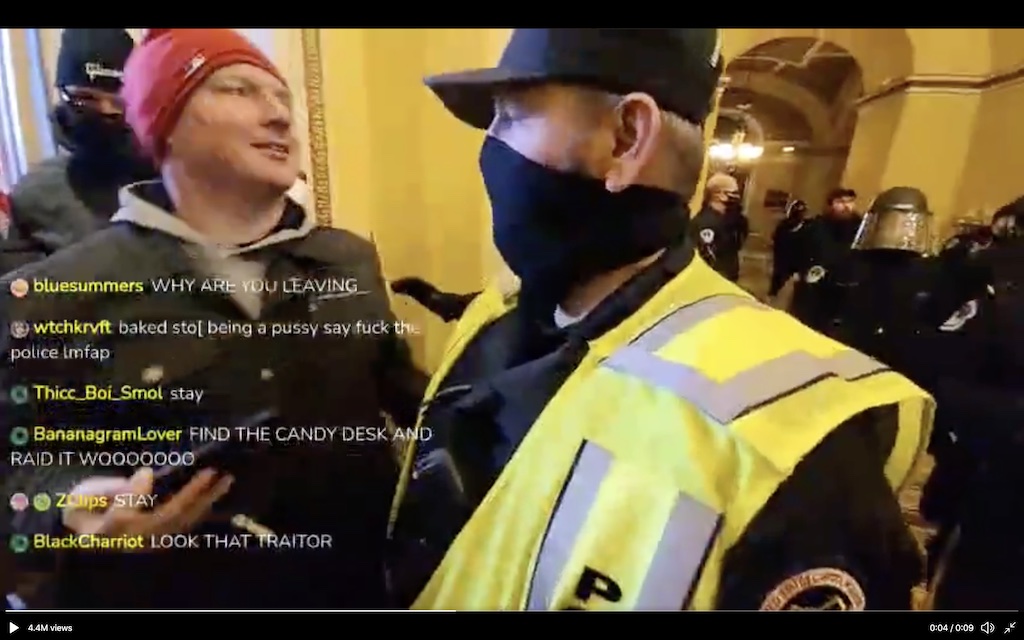 Members of today's GOP believe that limited government and property rights, not democracy and definitely not equality, are the eternal underpinnings of the Republic. twitter

See Replacement Theory regarding the unexpected demographic of insurrectionists.