I can't stop. I want markers on the places I remember most, some that must be close to Jeff's. I write a short paragraph on each marker. Click zoom in/out if they aren't working for you.

Jeff mentions some of Seattle's landmarks and gets me going planting markers on a Seattle map.

Yes, I remembered where the Green Lake Pub was exactly. See me in the mirror. expand 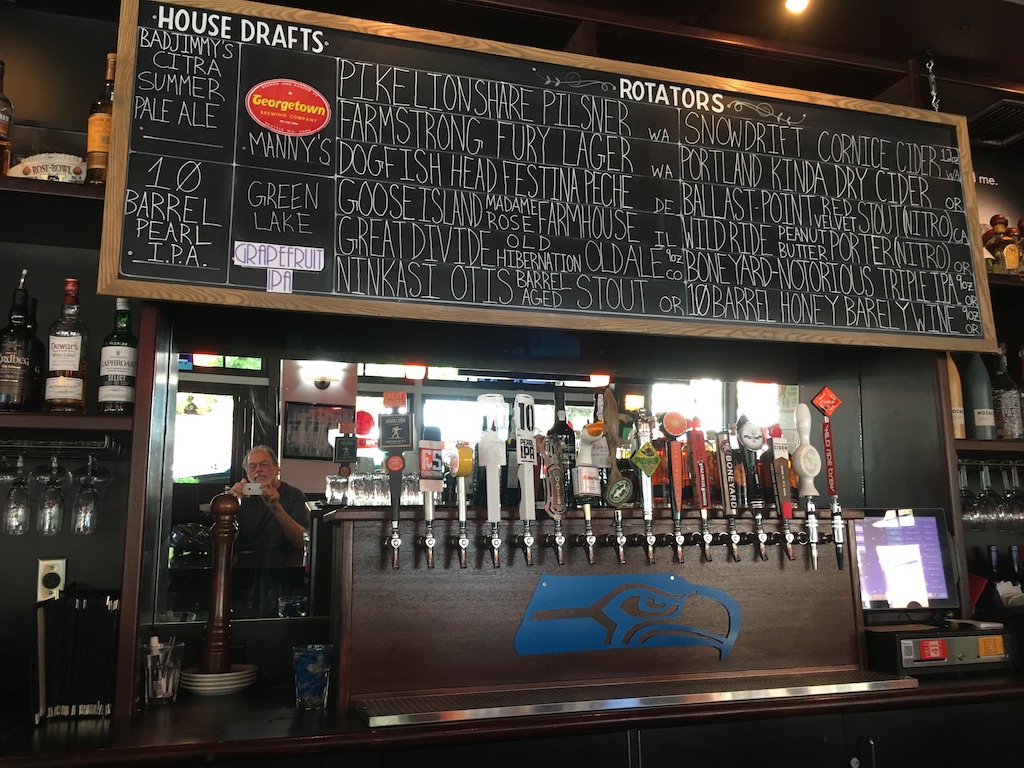 And I found a movie of peddling on bike-only-day. post

I'm sensitive to how much space assets take on a server where I manage backup. I squeeze images to 1024 pixels encoded in jpg squeezed to 200KB.

I was less familiar squeezing video. Online help suggested options I didn't see but I did choose 640 horizontal and would have chosen 320 if it were offered. I used the "trim" option to choose the best 15 seconds out of 30 which seems plenty long on repeat. This reduced 72 MB to 5.3 which is still large in my mind.

Those with lots of video are best using Vimeo or YouTube.

I mention one favorite spot on the west bank of the Duwamish river. This was known as the Terminal 205 Park when I visited. It is now more properly known as the t̓uʔəlaltxʷ Village Park and Shoreline Habitat. trail

The habitat restoration was apparent on my visit as should be obvious in my snapshots. This has continued in my absence. I look forward to visiting again and learning how to pronounce the original name.

After this conversation, in my most recent trip to Seattle I thought it would be a good time for a rewrite of my trails automation. This now makes Seattle the trail root.

We clone and refine our episodic explorations first developed in Portland wandering neighborhoods during the pandemic.