Jeff is back from a bicycle trip near his house on 2021-09-06. Jeff's own photos take their rightful place on the rest of this page. See Ward in Seattle for my photos recalled from history on this page.

My local bicycle shop is JRA Cycle (Just Riding Around). Hope they're out biking, it's a fine Labor Day Monday in Seattle. You can see my reflection more clearly in the expanded view. expand 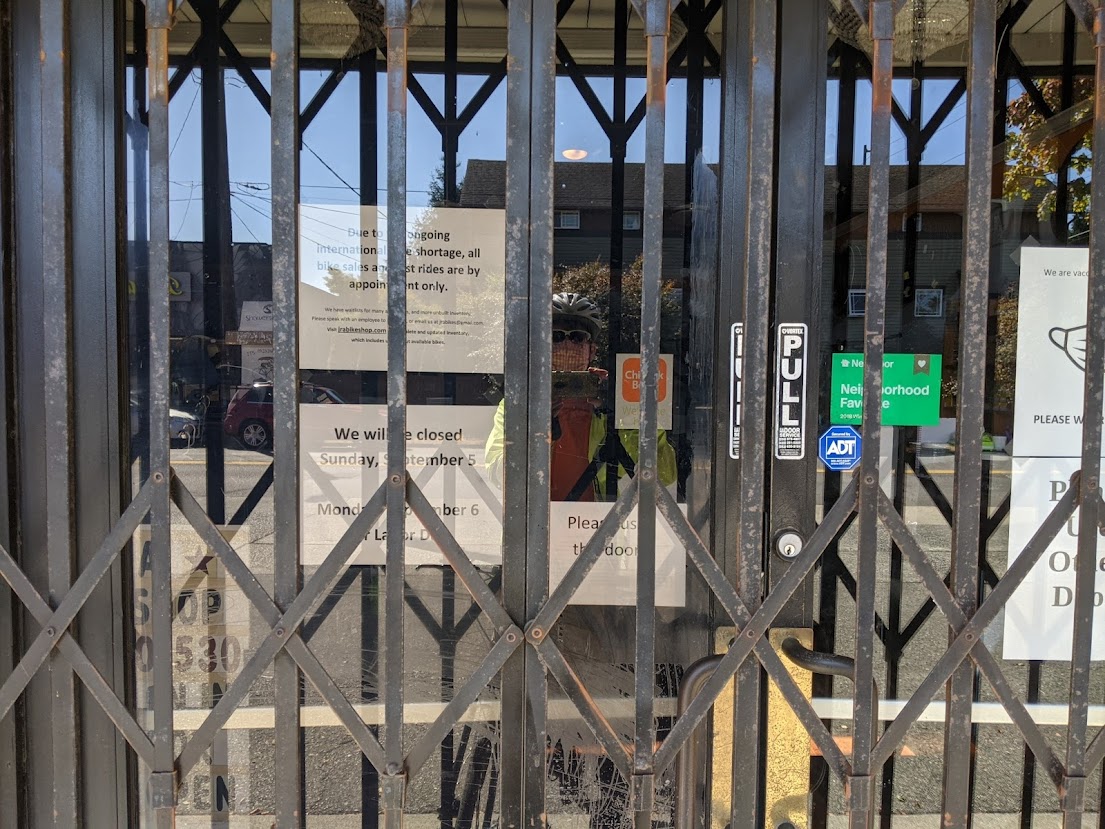 It was a nice sunny day. The ice cream truck was playing "A Bicycle Built for Two". The clerk managed to attract six or eight customers; I was one. 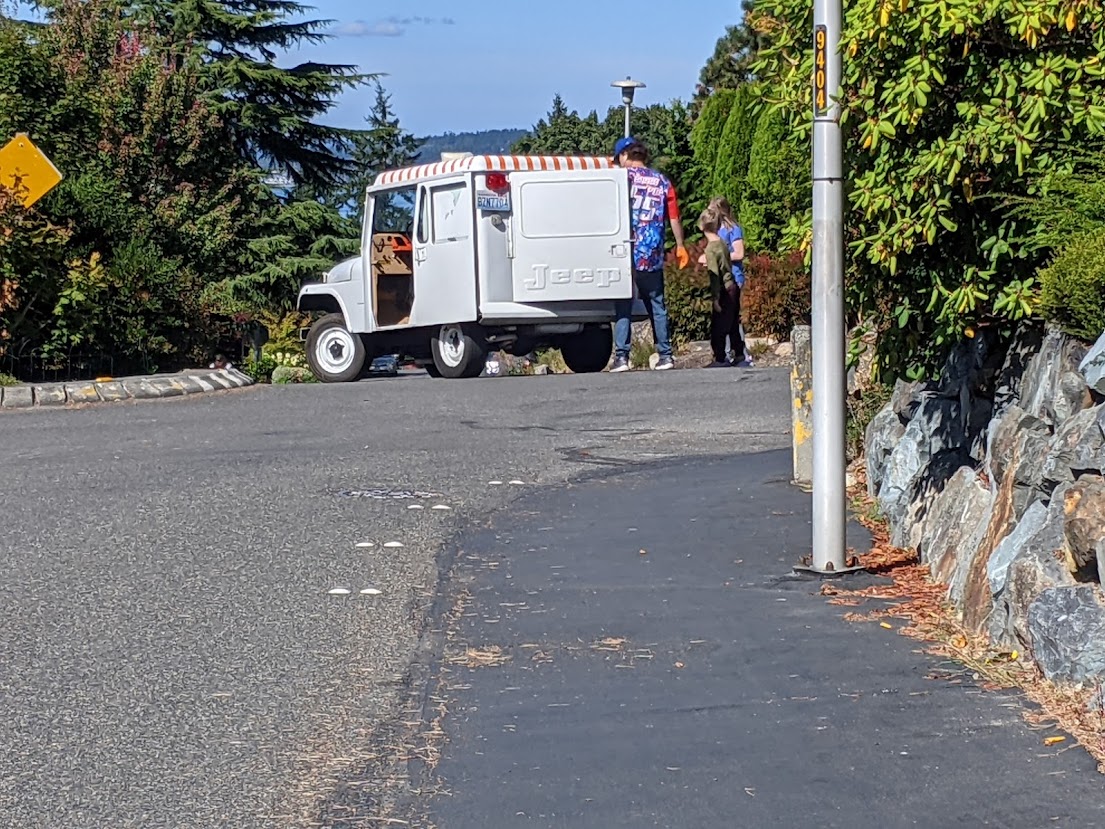 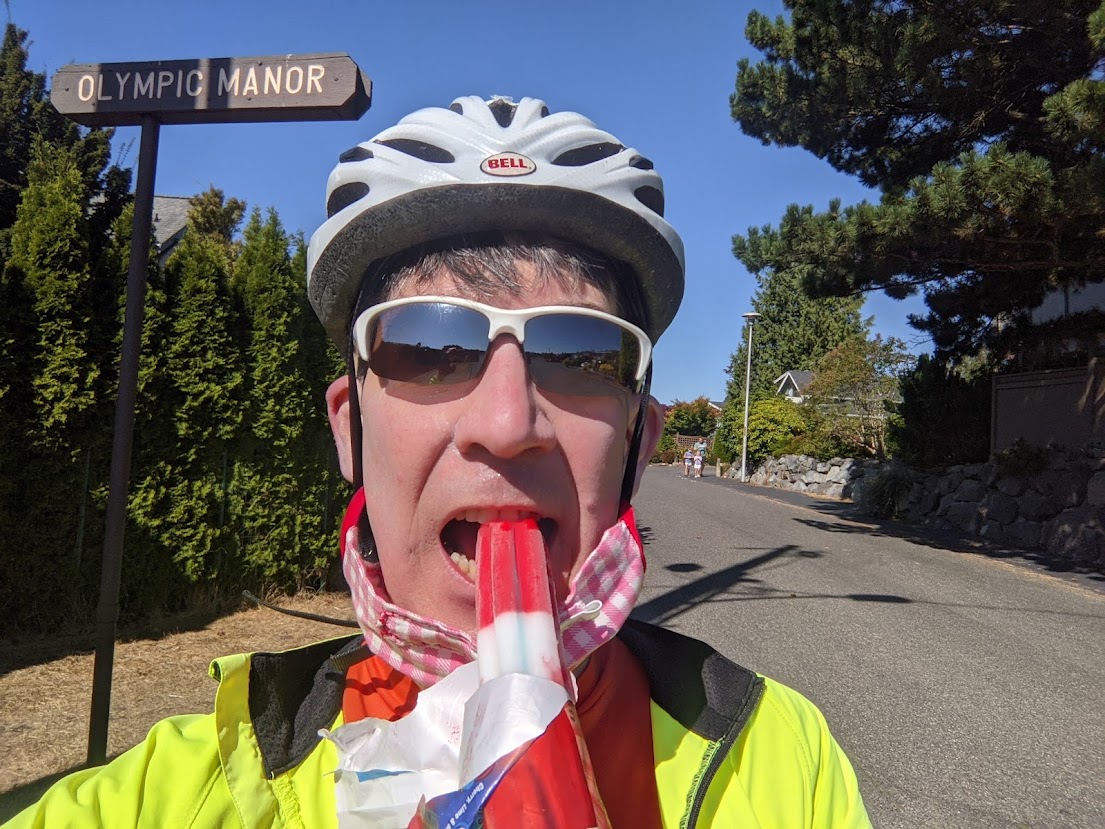 Surprisingly for Labor Day, the Soundview Playfield and Whitman Middle School grounds were very quiet. There was a boy doing batting practice inside a net, a few people under the trees or walking around. Even in a pandemic year, I was expecting more locals. Maybe they're out of town.

Swanson's Nursery was open, but more on the quiet side for such a nice day. 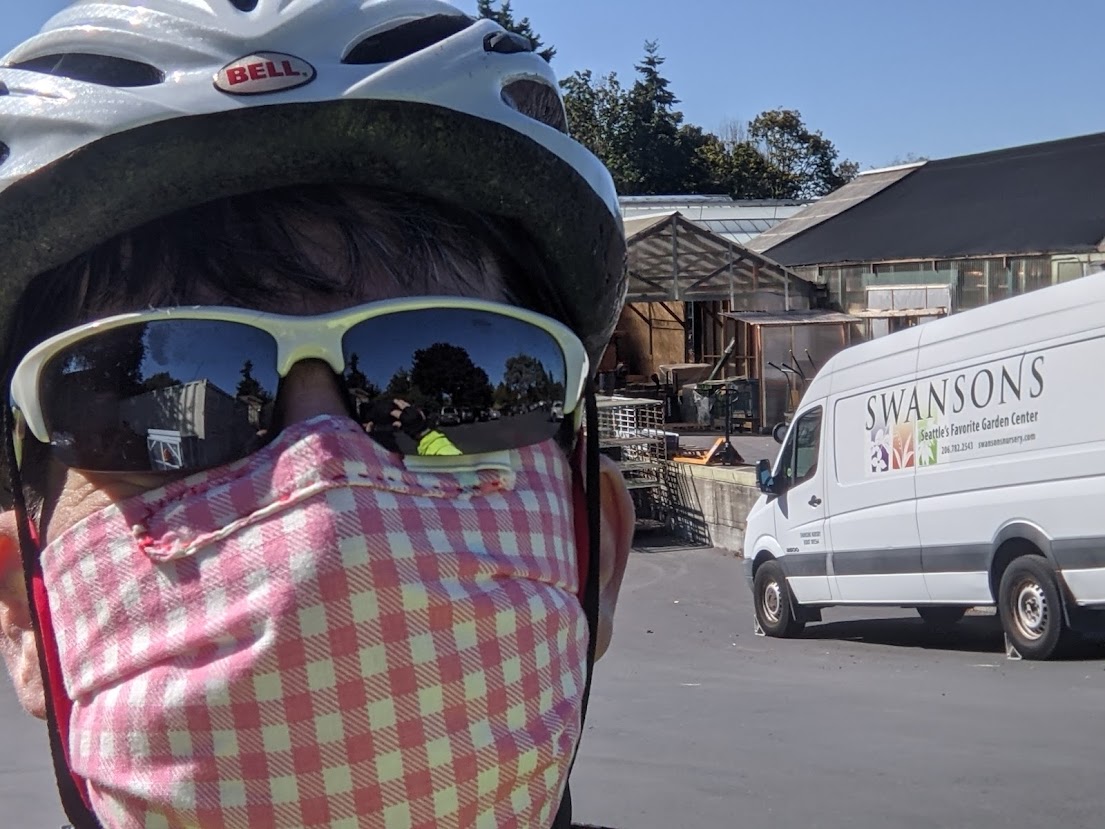 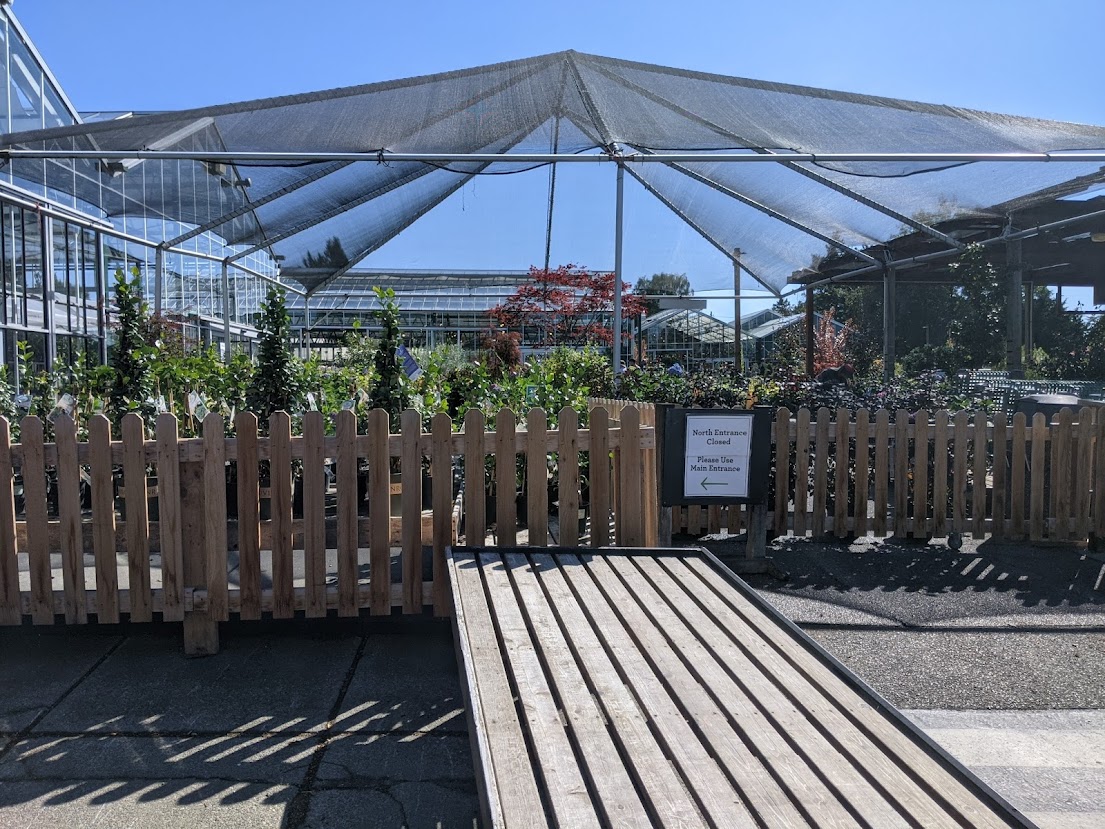